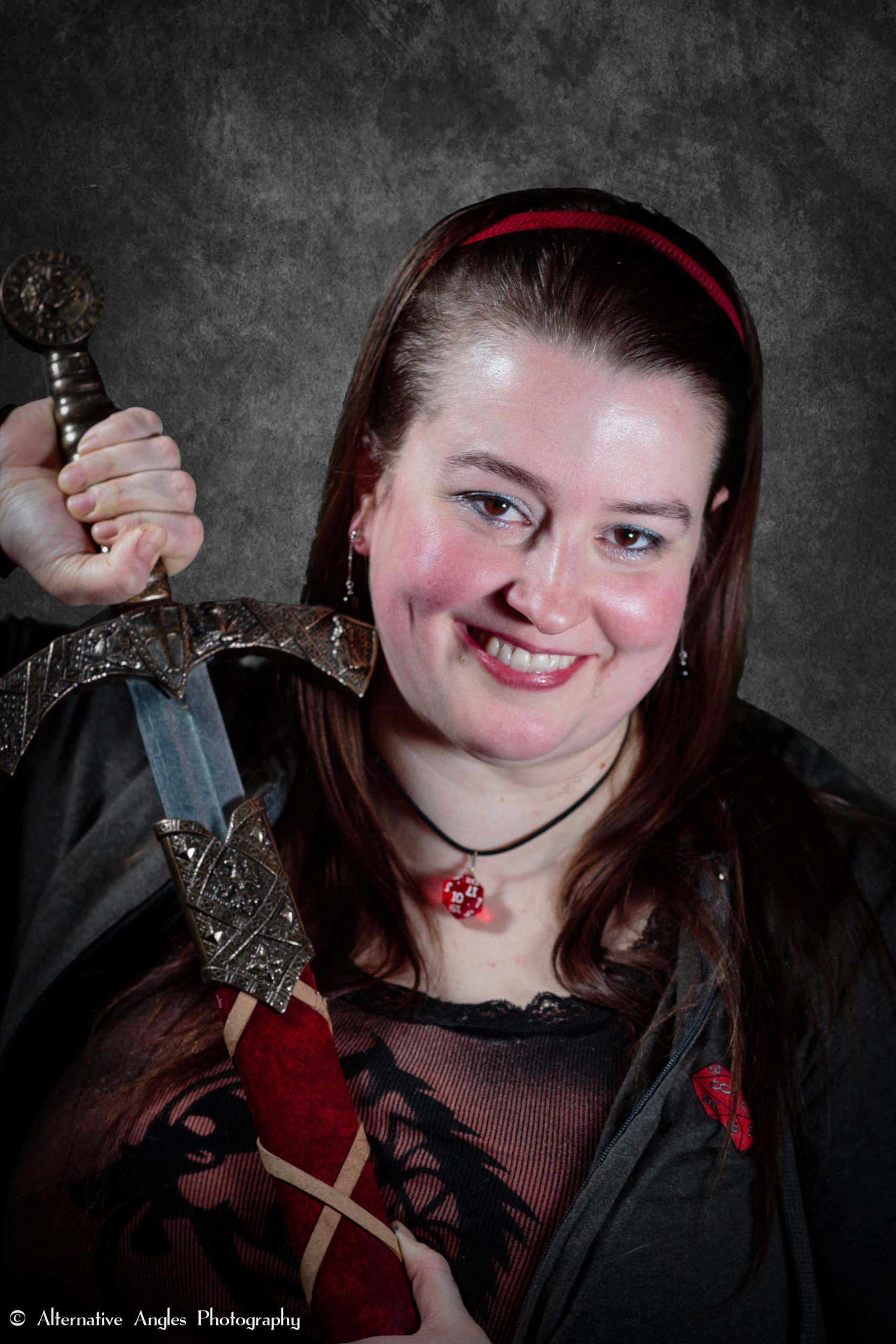 Kate and Chris are married. She started playing Dungeons and Dragons in 2015 when Chris started his home group that would eventually become the Knights of Roleplay. After Chris ran four different battles royale (where people fought each other with eighth level characters) Kate ran the fifth battle royale, her first time as Dungeon Master. She did well and everyone had fun, including Chris who was able to be a competitor. We may have future battle royale episodes for the podcast. Kate enjoys painting and basing miniatures for herself and her fellow players, and the occasional batch of monsters or a special ‘big bad” for the DM as needed.